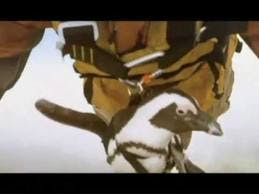 a worm hole is the only explanation I can give for my grievous absence. that, and work. of both the paid and art variety. I performed at Bumbershoot! a new slide show! it was nerve wracking and awesome and a dream come true. and being the first act of the day, the green room was packed with snacks. bonus!
this is the first year in 5 years that I have not worked the event. odd, but it felt weird to be there and not be so physically exhausted and sleep deprived. but it is an odd that I can definitely get use to. I recall many a morning biking to work feeling the exact consequences of my actions: working 12+ hours days lifting stupidly large awkward things, sleeping not my preferred 7+ hours, washing, rinsing, repeating. for like 2 weeks straight. one particularly beautiful late summer morning, I, bleary eyed, tired, was stopped at a stop light on Denny and Fairview. I looked up to the billboard and as soon as I registered what it was about, I almost burst into tears. it was a freaking WA Lotto ad where a guy in a glider has strapped a chicken to his chest, to show the little fowl what it is like to fly. (ok, all I could find when I googled 'lotto ad chicken guy in glider' was the penguin version. but I think if I had seen this one, I would have totally lost it right there in the street. I love penguins.) I think it was the caption, I can't remember it off the top of my head, that pushed me over the edge. something about making dreams come true. on any other day (for reals, ANY OTHER day) I would have thought nothing more of the ad than it being super clever. but take away my sleep and suddenly I am unable to control my emoting.
so instead of an emotional breakdown, this year for Bumbershoot, I drove myself almost to the point of throwing up with nerves! ah well, it wouldn't be a festival without some type of physical or psychological strain. and yes, totally worth it. see you all next year.
Posted by ilvs strauss at 8:33 PM