Dear Viewers of my Blog,

Feast your eyes upon the subject of my very first product review: 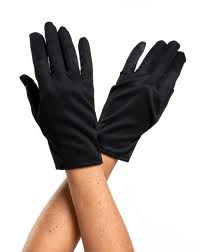 And pardon the un-scintillating title of this post. My first stab at it had something to do with 'Getting Love From the Black Gloves,' or something equally and accidentally bawdy, but that, I realized, is fodder for a different blog all together. . . But, while I have your attention, along those same suggestive lines, some rather, uh, salacious thumbnail images crop up at around page 3 of a google image search of the very same hand adornments in question. Which has been successful in neither completely derailing me off my task of writing this blog, nor even postpone my creation of said posting for any significant amount of time longer than 4.25 minutes. That being said, I shall continue on with the matter at hand.

But first, a confession: the black gloves are not entirely 100% platonic. I settled on that particular word to try and preemptively cold shower the effects of displaying such a racy by association image due to my detailing, in paragraph form, of black gloves potential to be improper in the best way possible. They are not platonic for the simple fact that they were loaned to me by my girlfriend. And last I checked, that relationship is not, and shall not if I have a say in it, settle into, a platonic one. In fact, as a gesture of her nonplatonic feelings towards me, she fished them out of her foyer closet (a harrowing task indeed!) to loan me so that I might not get a chill as I travel from her home to my home on my trusty bicycle. Such chivalry! Granted, she didn't know where they came from and they are half a size too small. I swooned nonetheless at such a show of prurient politeness and have worn the gloves with such diligence as to show my amorous appreciation. And it has been in this time that I have all but been forced to take note of the pros and cons of this practical article of clothing/symbol of our physical union. Proceed at will:

PROS: well, instead of listing things I'll just sum it up with a line that some other product has already claimed as their own and if they haven't they should cuz it's real catchy:

I feel like I have my fingers stuck in tiny beer bottle cozies. When I wear the gloves. Which is not altogether a terrible feeing, just not exactly ideal. Especially when I am cold and want my gloves, which I put on specifically to keep me warm because that is what gloves do I am told, to keep me warm, not to maintain my extremital body temp at a constant, which lately has been not warm. The Warm things Warm I can deal with. It is in fact the desired attribute I was seeking. It does keep the wind out, which is an added bonus. And so far it had not acquired that particular northwest rain gear that never dries out smell. But it also has not punched me in the face so my favor isn't exactly being swayed here. On the bright side, it is late March, which means I will only be needing my little neoprene envelopes for like three more months or so. At which point I might be tempted to cut the fingers off and continue wearing them for three more months. At which point I will be needing full coverage and will once again turn to my partner in neither crime nor business and await, both hands open, to whatever treasures she disinters from the nether regions of her entrance way. And to those precious valuables I will say, thank you for your warmth and perfect fit. Tis an honor.