why this book have no photos? 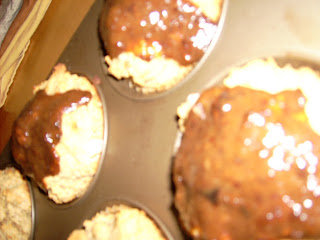 this year I have taken upon myself the culinary task of baking Geode's birthday cake. a fluffy, moist, white coconut cake. I was given a due date and descriptors to abide by, but no list of must have ingredients. I am not a seasoned baker. but I do love to cook. in my 'you say difficult, I say delicate' diet, I do not eat the cattle dairy or cattle cattle. let it be known, also, that my taste receptors equate 'healthy' with 'yum.' therefore, she, on the verge of 30, is at my mercy.
this evening was Stab 1 at Mission Birfday Cake: recently, I fished out of my parent's give away pile the hot off the press in 1984 glossy covered copy of 'Natural Foods Cookbook, Vegetarian Dairy-Free Cuisine' complete with dessert recipe, tucked almost at the end of the book, entitled 'Outrageous Coconut Date Cake.' while I was warily aware that people's personal definitions for common adjectives ranges greatly, my faith had already been won over by previous completions of several recipes towards the front of the book. so I followed the recipe (well, except for the raisin 'frosting.' I switcherooed half the raisins for prunes. don't knock it till you try it, it tastes good. also, geode already punched me in the arm for it.) and the results, in a coconutshell, were 'hey, that's not bad. no, wait, that's pretty good. except for the frosting.' barring strict adhearence to the request that it be fluffy and white, the cake was a success! leaving me with confidence to forge forward, the Natural Foods way, and, while I'm at it, try other people's ideas of healthy and dairy free 'cake.'

the one thing this book lacks, that, at first thought, would just put this book over the top into the realm of best ever, but at second thought, would, well, maybe it's best they didn't, is photos of the finished product. whilst googleimagesearching other decorated vegan cookies, it became quite clear that sometimes, healthy just ain't pretty. specially desserts. no, just desserts. kale salad is beautiful, cooked butternut squash is ravishing. date/nut bars, 'no-bake' couscous cake, oatmeal cookies, etc etc are, it hurts my hippie sensibilites to say it, ugly. tasty, yes. but sadly lacking in the looks department. MY CAKE AND CUPCAKES ARE NO EXCEPTION. they look, er, healthy. (which, personally, is hardly a cause for hesitation as my hand reaches out to snag snacks of any kind.) but when trying for a food item that is characteristically, name-sakey white and fluffy, whole wheat wholesome with prune paste is a hard sell. but know that they are, in fact, delicious (in the publicly accepted form of the word) in a way that only words can describe.
Posted by ilvs strauss at 12:28 AM